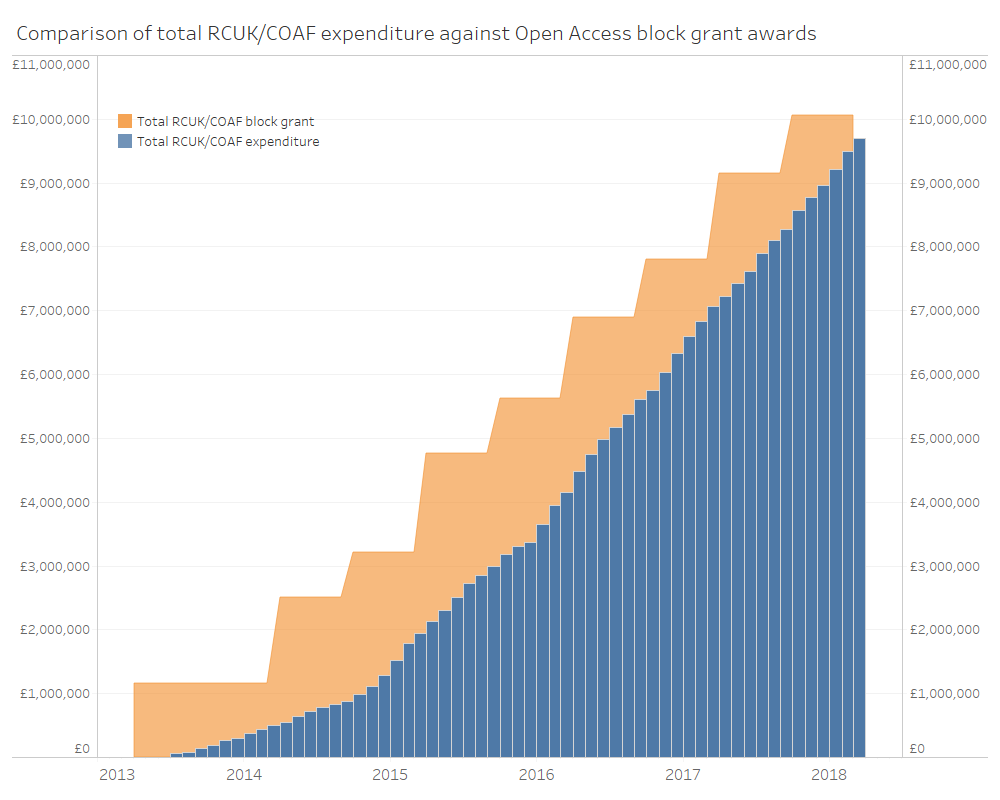 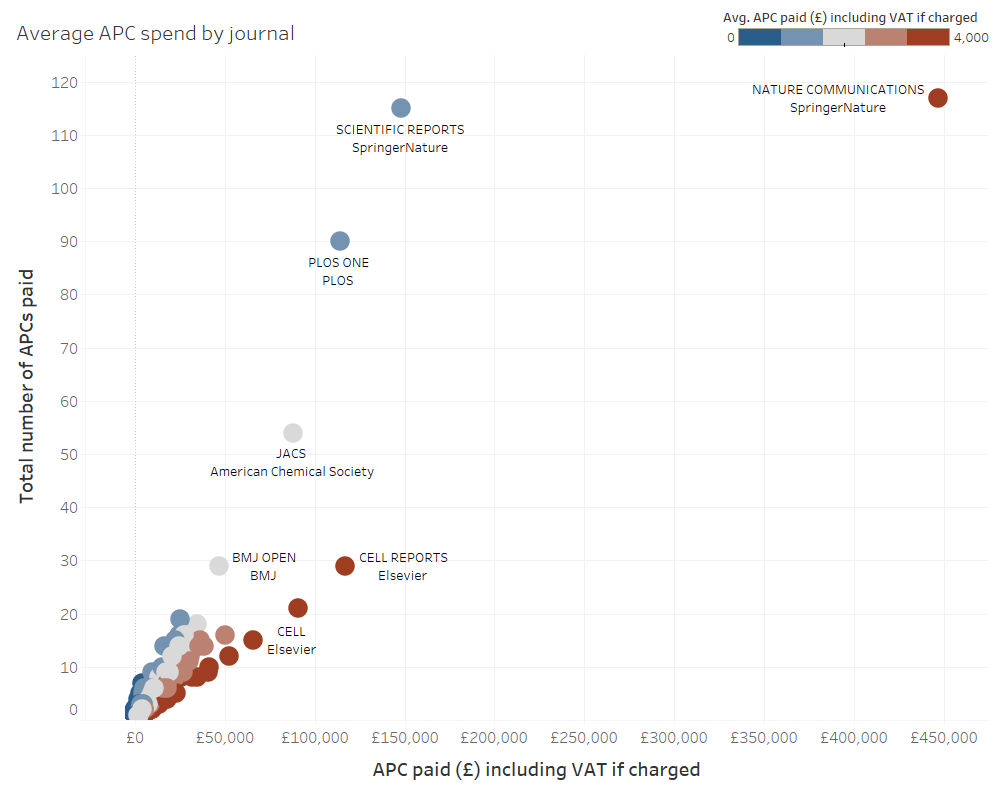 Cambridge (along with many other institutions) were recently approached by Jisc to report on our article processing charges (APC) payments for 2014  as part of Jisc’s APC data collection project to address the Total Cost of Ownership of scholarly communication. Stuart Lawson, who is compiling these datasets has made the files available on Figshare.

A couple of caveats – This dataset only contains APCs which were paid centrally; there will be many other APCs paid by the University of Cambridge and its staff which are not included in this dataset.

Also we ended up listing the publications that were submitted to our system in 2014 because that was our starting point, rather than considering the payments from 2014 and working back. This might be an issue for the analysis – it will depend on which way people have interpreted ‘2014’. I should note that 74 (12.13%) of the invoices listed in this data were actually paid in January 2015.

What does this mean?

It means we are spending a lot of (RCUK) money on APCs.  We also have supported payment of page and colour charges and have paid for researchers to join memberships that offer a discount for APCs out of the RCUK fund – neither of those categories of expenditure was captured in this data set.

The University is participating in the various Jisc Collections series of offsetting programs with publishers and we are discussing other ways of managing this expenditure. However, we really need to consider whether this is the way of the future.

However there are some indications this type of detail will be requested on a standard basis for reporting. Certainly Jisc suggesting this as a way forward. In their ‘APC data collection’ blog  they state:

HEIs will be able to benchmark their APC data. Using a standard template will help to produce comparable data between institutions which can be more easily aggregated. The data fields to be completed have been chosen from careful analysis of HEI needs. This means that the spreadsheet can be used for both internal reporting and also external reporting including to the Wellcome Trust for compliance monitoring of the Charity Open Access Fund, and potentially RCUK.

So we therefore need to consider this information when designing new systems.

We have a considerable block of Purchase Orders that have not been invoiced. While there will always be a delay because of the length of time between acceptance and publication in some instances, some of these are very old.

The issue of items not being invoiced can partially be explained by the cancellation of Purchase Orders. In some cases the team has contacted the author and found that the email is bouncing because the author has moved to a different institution. In other cases the author decided not to go ahead with open access publication, so we have raised a Purchase Order against something that no longer exists.

Long standing Purchase Orders (over 14 months) are potentially a problem because it is money being held as committed funds. We are now adding the process of checking older  un-invoiced Purchase Orders to the ever-growing list of things to do in the workflow for ensuring compliance.