ScholComm19 – a brand new conference, a supportive community, an inclusive space: what a treat for a newcomer to scholarly communication! Having recently started a job within the Office of Scholarly Communication, I had high expectations for this conference as an opportunity to learn a lot from fellow practitioners, and I was not disappointed. Sarah Slowe and the team at the University of Kent should be congratulated for their drive in starting up a new gathering that draws together all the different strands of Scholarly Communications, giving those working at the coalface a chance to get together and share best practice.

With the whole of Friday given over to lightning talks, there were too many speakers for me to do them justice individually, so instead I will attempt to summarise the major themes, as I understood them. The full conference programme can be found here. 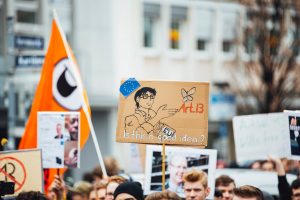 Many of the speakers focused on the way we work with researchers. Hardly surprising, perhaps, as our jobs tend to involve as much advocacy and training as they do practical support. While at times this is a challenge, many have found ways to deliver our messages more effectively:

Ian Carter’s talk on the study he ran with JISC on Research Data Management and Sharing raised a strong theme, which was echoed in many of the discussions I had during breaks. His interviews with representatives from 34 institutions revealed that there is a tension in the way we attempt to engage researchers with RDM and open data: on the one hand we say ‘you must do this to receive money/progression/recognition’, on the other we say ‘doing this benefits science and the wider world’. My belief is that the former is likely to generate small, short term wins on compliance rates, but potentially generate resentment. The latter requires more advocacy, but it is likely to generate true buy-in from researchers. Dr Carter advocates that the second approach, which aims for culture change, is indeed the most likely to succeed in the long term. He throws a challenge to all of us when he reports that researcher engagement is variable, RDM leadership is often fragile, responsible staff can be isolated, and few institutions consider all important aspects in their strategies. There is hope, however. As repositories develop better functionality and we find better ways to evidence the benefits of RDM and open data, we may see this area of research support grow into new strengths. 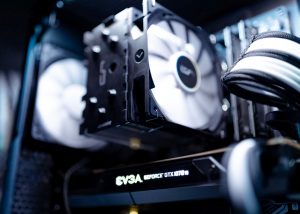 Repositories are the bread-and-butter of any Open Access support team: they are wonderful digital treasure troves, opening up our university’s invaluable research to the world and preserving it in perpetuity… but at times they can cause tremendous headaches too! A number of speakers shared the challenges they faced, as well as their solutions, saving the rest of us a lot of time and paracetamol. While there is still a split between institutions on the issue of whether depositing in a repository is done by researchers or mediated by support staff, it looked to me as though the trend is towards self-deposit by academics, which will mean more and more of us require automated systems for checking and updating records. 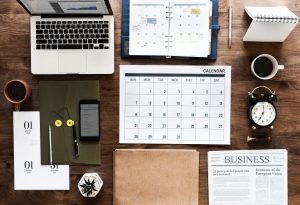 Finally, several speakers examined the way teams are structured, often in the context of the age-old question of how to get it all done in the time we have.

There was lots to think about on the train home. The overwhelming feeling, though, was of a community that genuinely cares about doing our very best to support researchers, and is dedicated to helping each other, both within institutions and beyond.